(We Do Not Appraise Lanterns)

Sigh Up Now for Our Newsletter

You'll receive emails about new products, and hear about what projects we are working on.

We do Not share this information with any third parties.

Something went wrong. Please check your entries and try again. 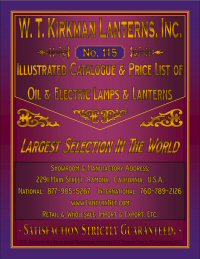 Most kerosene lanterns embody one of three distinct types of construction:  Hot-Blast, Cold Blast, or Dead-Flame. Dietz makes all three types to fill every lighting requirement.

Cold-Blast and Hot-Blast are tubular lanterns.  In them, the kerosene vapor mixed with air, in proper ratio, composes the burning mixture.   The burner acts as a carburetor to which the side tubes convey properly controlled air in regulated volume.  Result:  perfect combustion and bright, clean light.  A cold-blast lantern, easily the most efficient of all, is constructed so that only fresh, cold air enters the tubes, while the spent air is diverted and expelled.

Hot-blast lanterns permit a portion of spent air to recirculate through the tubes.  (Cold-blast provides about twice the brightness of hot-blast.)

HOW TO GET THE MOST FROM YOUR LANTERNS

1.  To Remove the Globe.  On a Cold Blast lantern, grasp bail and lift ring (as shown.) Lift up on ring, tilt back globe, and allow it to go all the way down. If the globe has LOC-NOBs, rotate globe a quarter turn, and pull out from wire cross guards.

2.  To Remove Burner and Wick.  Turn burner until ears are disengaged.  Lift out burner.  Keep wick between finger and edge of fuel compartment so that it is wiped dry of excess kerosene.

3.  To Trim Wick.  Cut straight across with shears (for either charred portion of old wick or fuzzy portion of new one.)   A straight wick will burn more evenly, and give better light.

4.  To Replace Burner and Wick.  Put wick back into fuel compartment (or fount.)   Lock burner back into place, making sure it is fitted into both grooves.   (Use a piece of tape to make a leader to assist in changing the wick if necessary.)

5.  To Light.  Push lift lever straight down.  Light lantern.  Set the flame a little lower than is desired for burning, since the flame will burn higher after the lantern reaches operating temperature.  If lantern is to be used in freezing weather, light it outside to avoid breaking the globe. 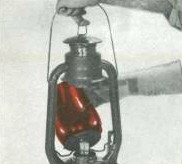 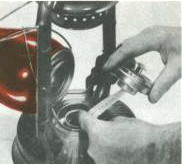 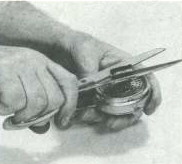 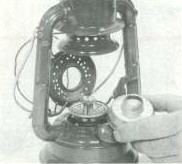 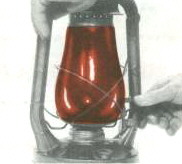 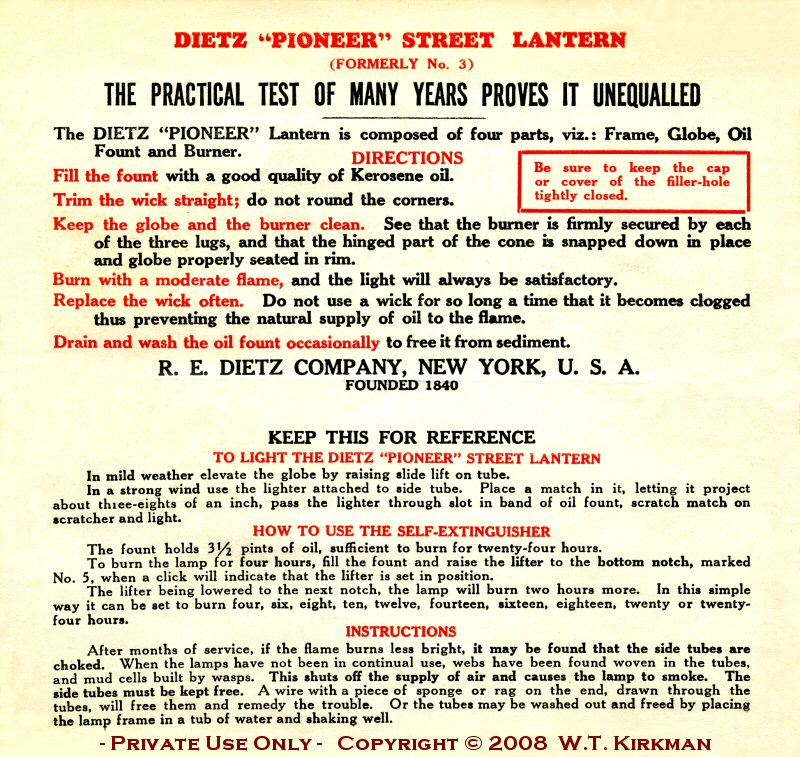 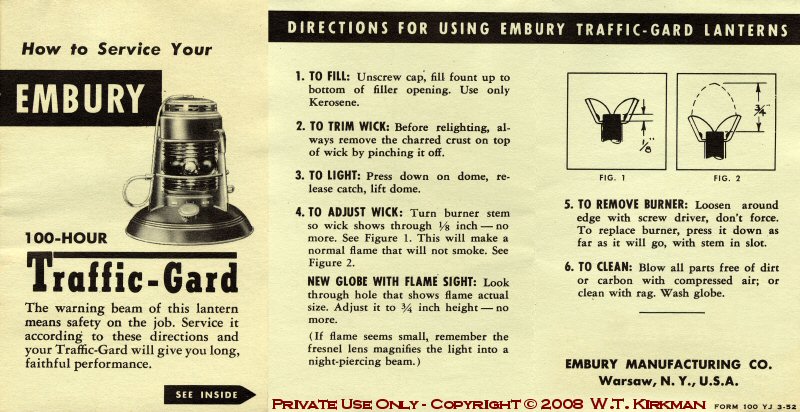 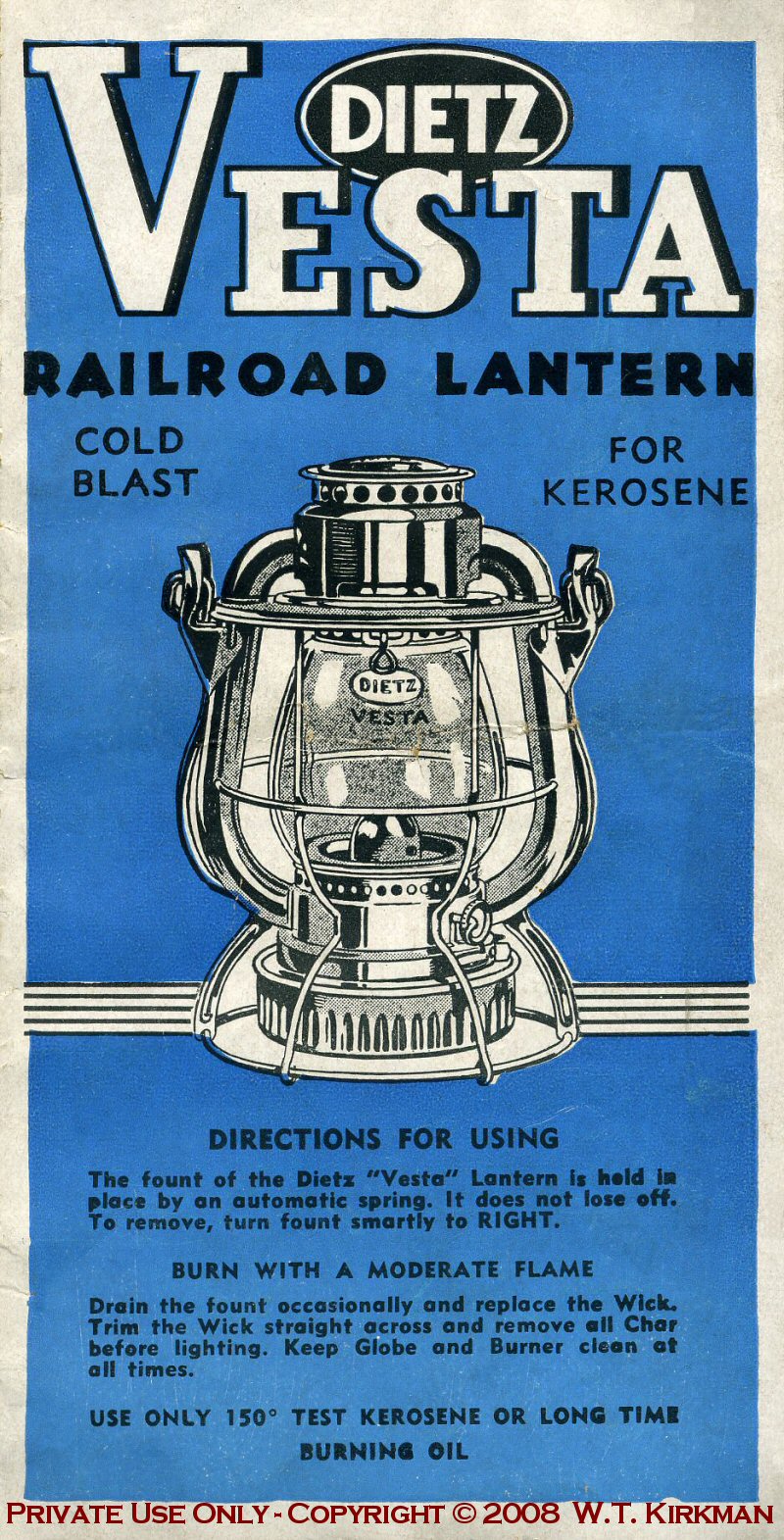